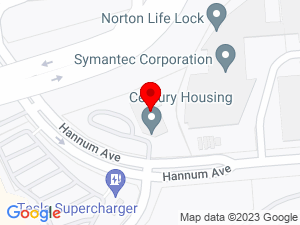 From its inception in 1995, Century Housing has grown into a leading CDFI with offices in Culver City, Long Beach and San Francisco providing end-to-end financing for affordable housing from pre-development to permanent loans. Century serves as a skilled partner with state and local agencies, municipalities and other CDFI's in pioneering financing programs like GSAF or LACHIF. Century also has a development team that owns, operates and develops the Century Villages at Cabrillo development, a remarkable 27-acre supportive housing community with more than 1,500 residents, including 550 formerly homeless veterans in Long Beach. Century's portfolio of affordable housing exceeds 1,600 units. Century's lending activity, combined with expert service and support for our developer clients, has resulted in the development and preservation of more than 46,000 affordable homes in underserved communities throughout the state. Century is a result of one of the largest public works projects in U.S. history. In 1972, planning began on the Century Freeway, a major freeway that would connect the Los Angeles Airport to the city of Norwalk. Residents in areas affected by the proposed freeway fought the construction and filed litigation seeking to halt construction until the impacts of the freeway could be evaluated and minimized. In 1979 a solution was reached: the creation of the Century Freeway Housing Program (CFHP). CFHP was tasked with creating nearly 4,000 units of affordable housing for those displaced by the freeway's construction along with minority and female employment opportunities. In 1993 the Century Freeway opened. Having successfully exceeded its initial housing development goal, CHFP was privatized and renamed Century Housing Corporation. Century remains the only known California state program converted into a private, nonprofit organization.

With more than 100 members strong, HPN is changing the way America does business!